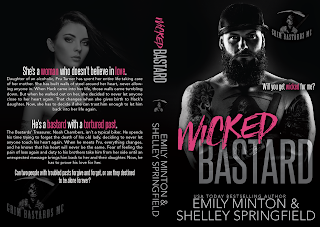 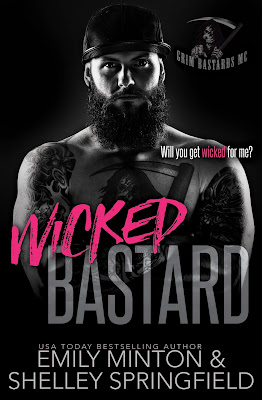 Coming Soon!
She's a woman who doesn’t believe in love.
Daughter of an alcoholic, Pru Turner has spent her entire life taking care of her mother. She has built walls of steel around her heart, never allowing anyone in. When Hack came into her life, those walls came tumbling down. But when he walked out on her, she decided to never let anyone close to her heart again. That changes when she gives birth to Hack’s daughter. Now, she has to decide if she can trust him enough to let him back into her life again.
He's a bastard with a tortured past.
The Bastards’ Treasurer, Noah Chambers, isn’t a typical biker. He spends his time trying to forget the death of his old lady, deciding to never let anyone touch his heart again. When he meets Pru, everything changes, and he knows that his heart will never be the same. Fear of feeling the pain of loss again and duty to his brothers take him from her side until an unexpected message brings him back to her and their daughter. Now, he has to prove his love for her.
Can two people with troubled pasts forgive and forget, or are they destined to be alone forever?
Add Wicked Bastard to your TBR: http://bit.ly/2lsjMUo
Posted by ShelleySpringfield at 5:01 PM